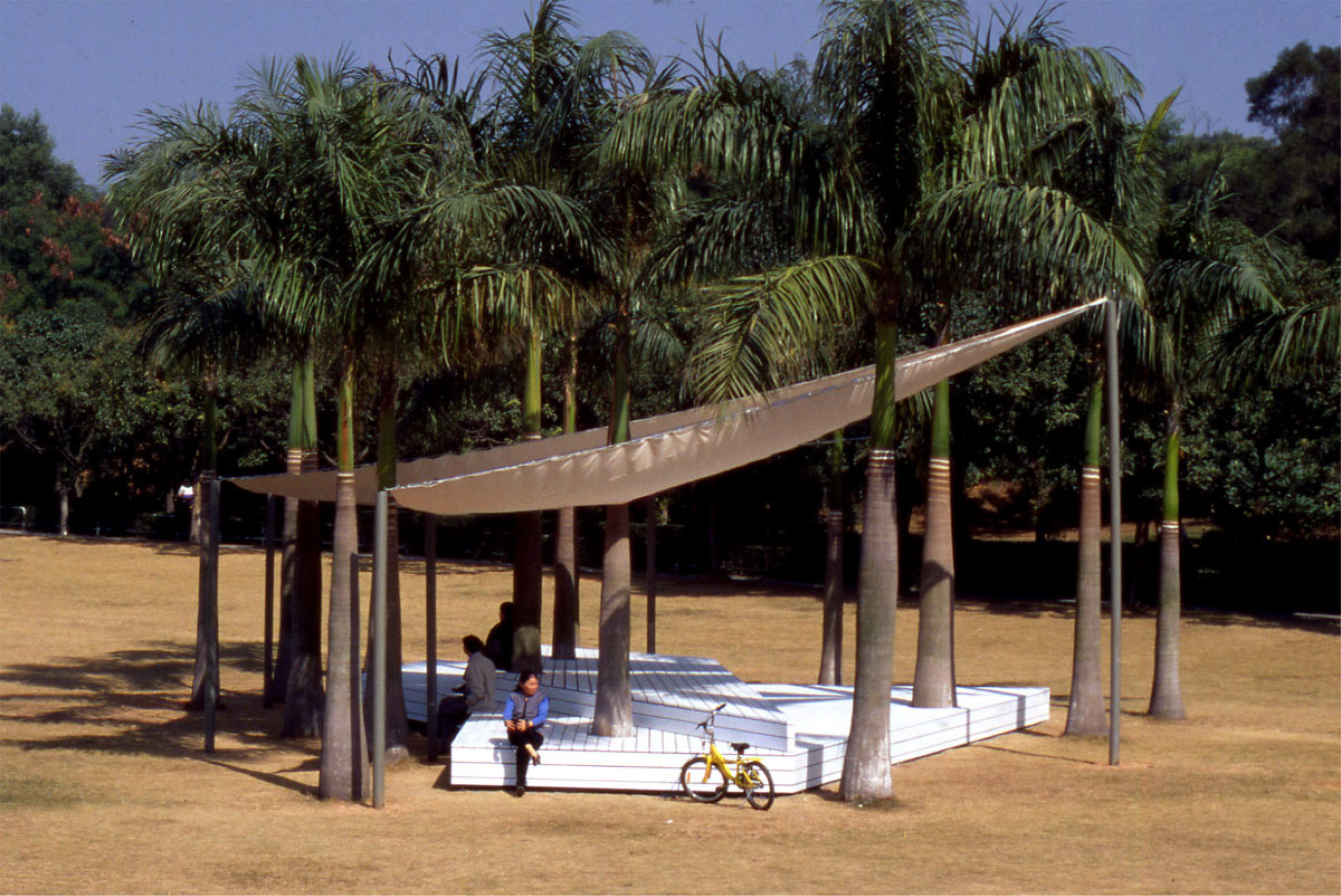 Growing House is an “audience-speciﬁc” work situated in a park near two high-rise residential buildings in the city of Shenzhen. This park is used by the inhabitants of the towers and other citizens far sports and relaxing, especially in the morning and the evening, when the temperature cools down.

The artist inserts a horizontal and traditional element in this urban context dominateci by the vertical and [post-]modern constructions that are so characteristic far Shenzhen. His starting point is the Chinese pictograph of a “nest-dwelling”, the “chaoju”. The pictograph represents a ho use hanging between two trees. He discovers a group of ﬁfteen palm trees [Archontophoenix Alexandrae] in the park. He makes them habitable. A roof made of white tarpaulins will be attached between the palms. A white painted wooden platform will be installed under the palm trees as a ﬂoor.

But the installation can also be used as a place to rest in the shade, a seating area for watching football players, a meeting place for lovers and friends. The design of the construction follows the non-geometrical form given by the position of the palms. This palm house will grow up as the palms grow. 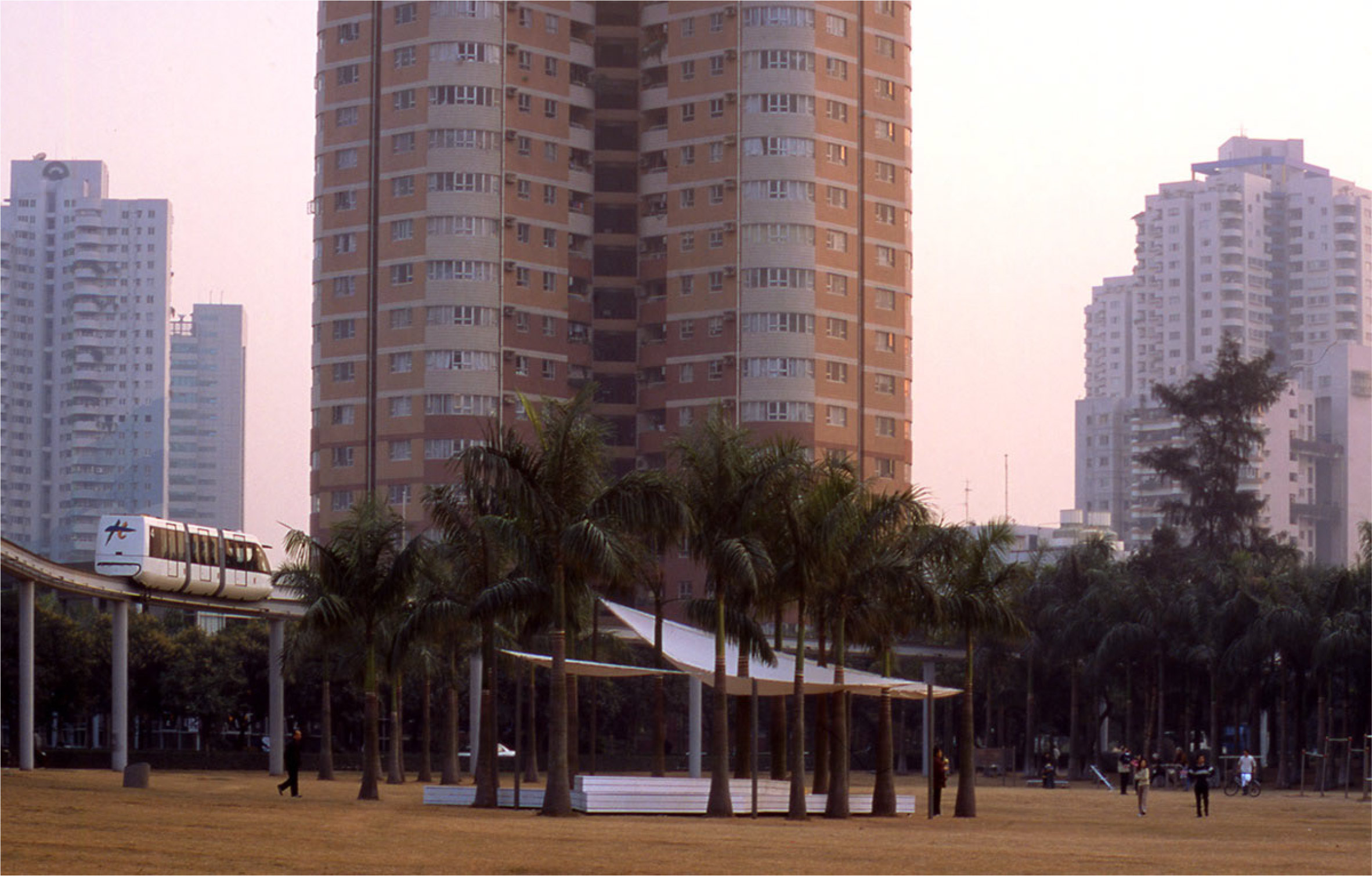 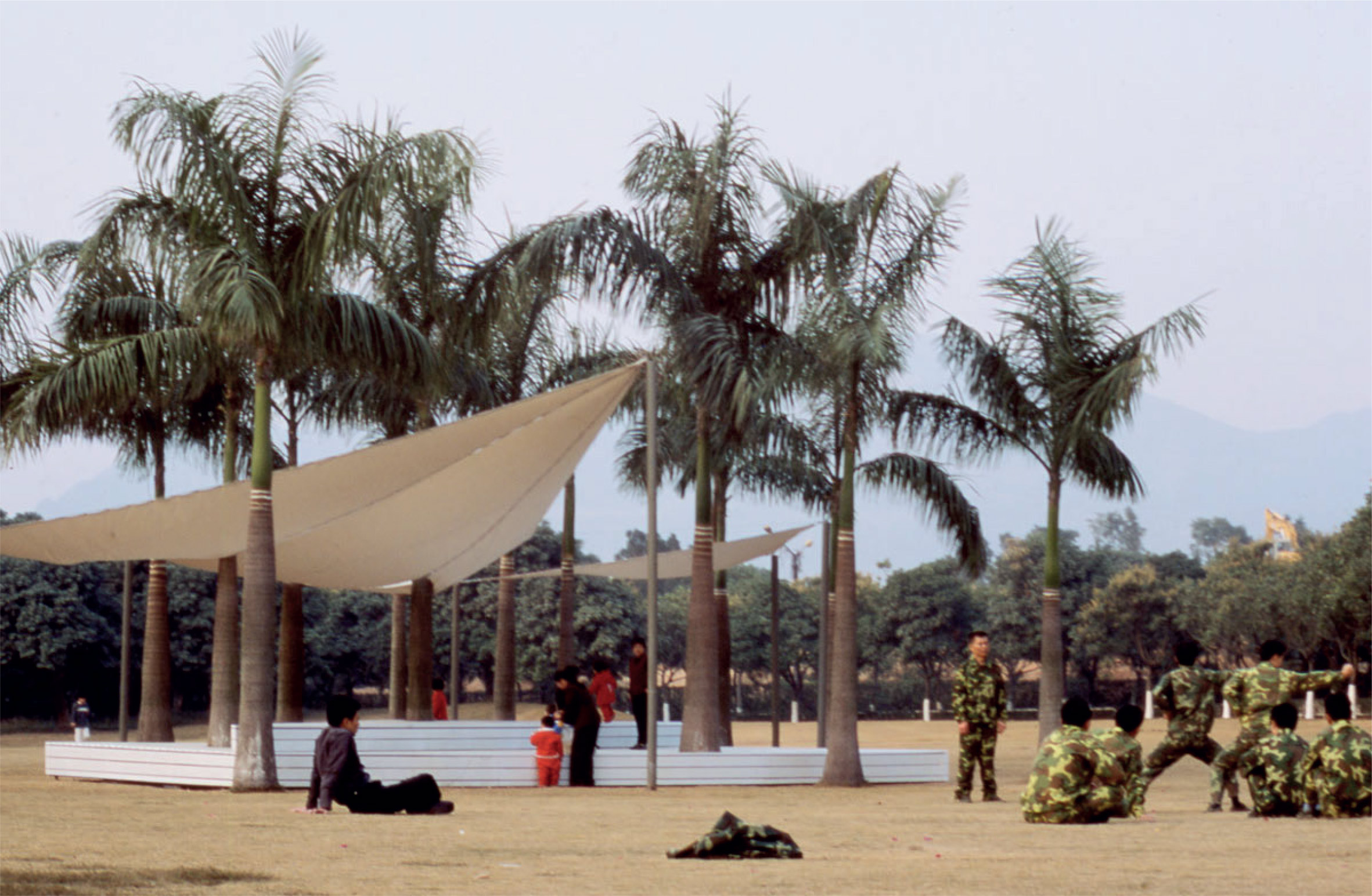 How to build the Growing House 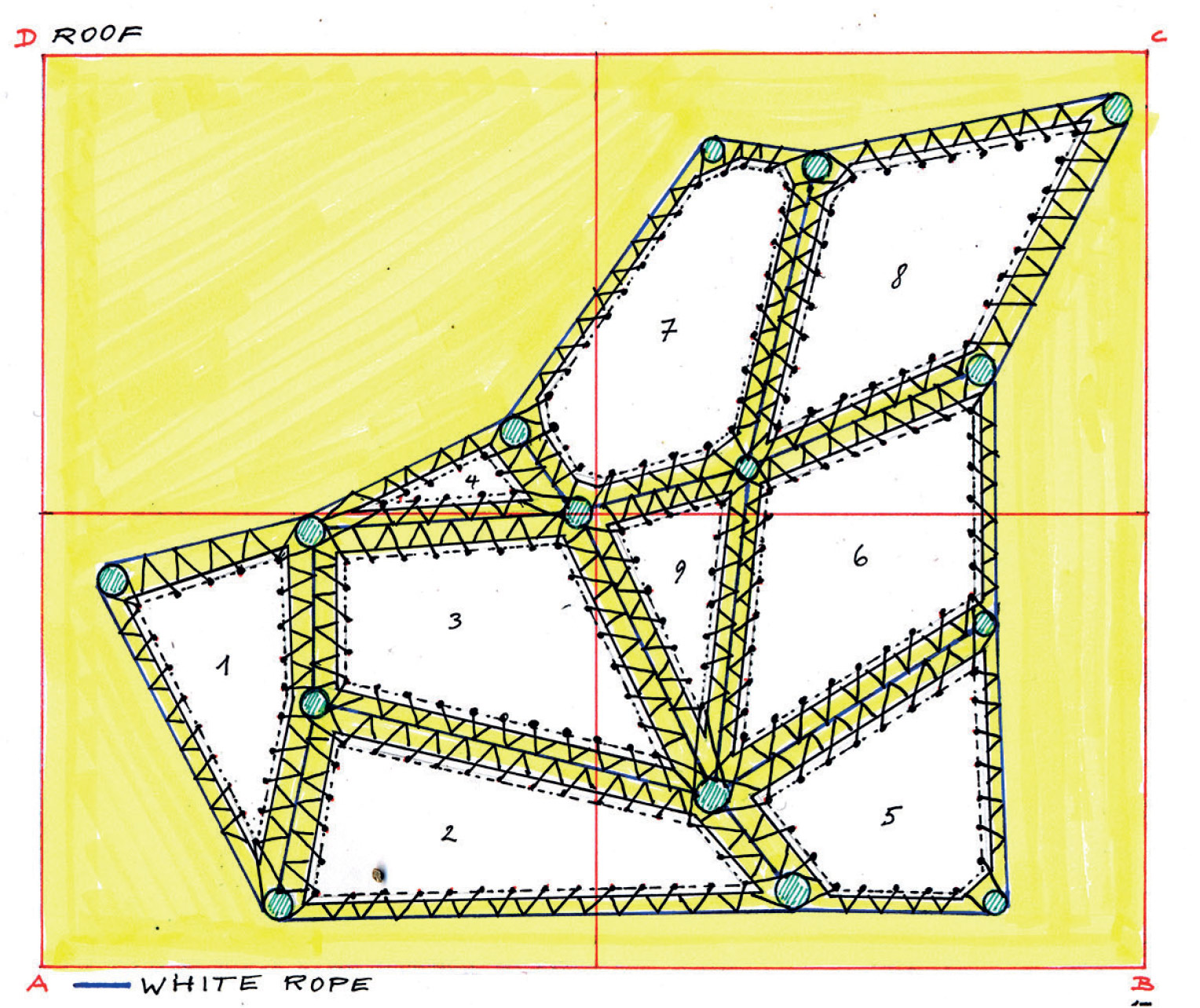 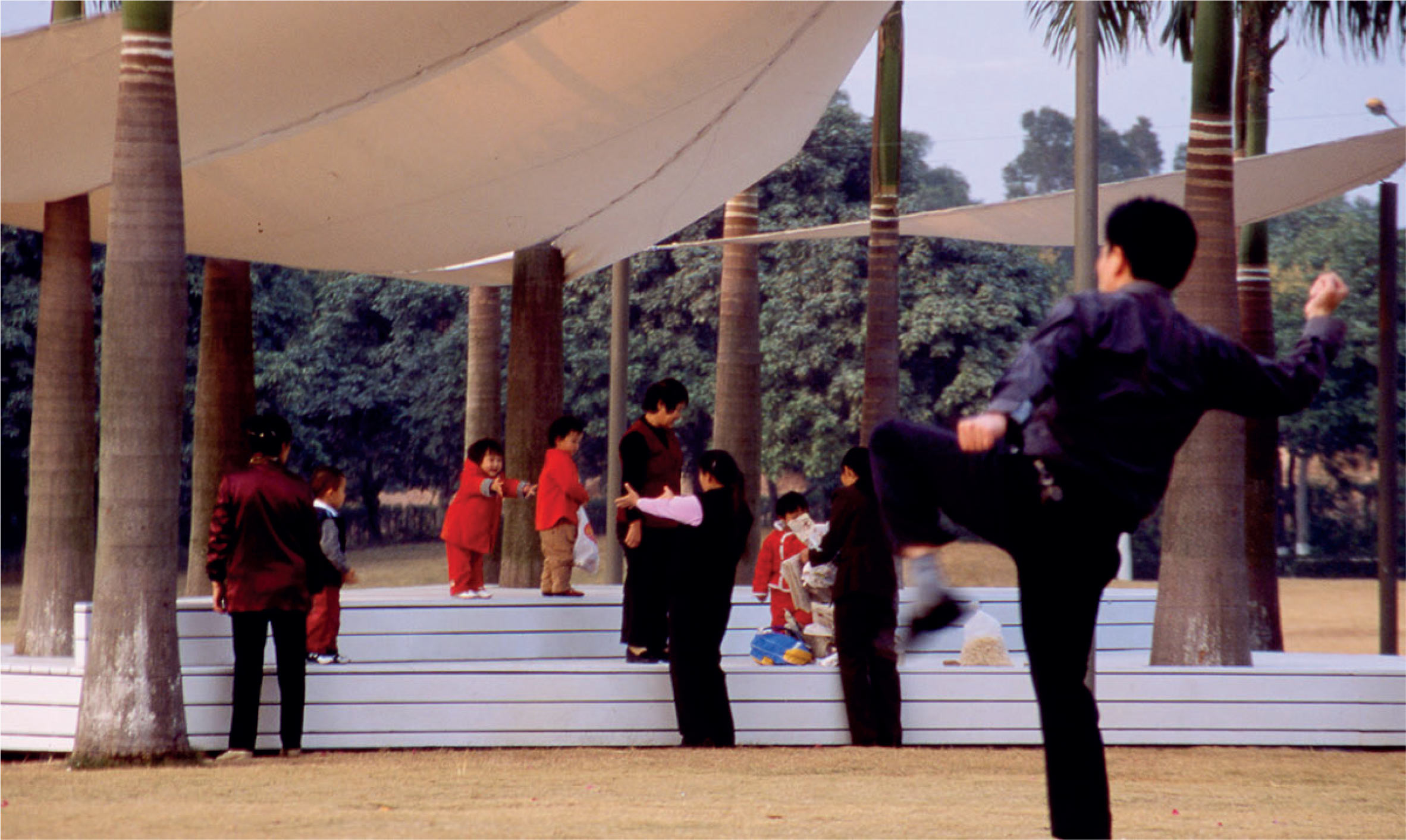